Reading (while snacking diced cucumber with cottage cheese) “The secret life of loafers” an article written by P.B about how (corporate) women supposed to dress; she asked this question: “Do you believe women must wear heels to indicate formality?” Dubbing it unfair and problematic she, being a bona fide supporter of comfy flat shoes said:

“When a vivid imagination lifts one often off the ground, an extra inch of air under the soles supports neither productivity nor authority.”

Then she refers the readers to this wonderful blog of J.L about CEOs women of the world, and I thought: that exactly what my problem is, I’ve been told over and over that I don’t look like somebody who works in the sector I happened to be in (How someone who has a job in the medical field supposed to look like, I have no idea) What if I tell them I am a freelance interior designer as well, would they faint before my eyes? The truth is: for the moment we are trying to get our own small company off the ground and keep our day jobs at the same time as well. Pretty exhausting combination to juggle but we have to chase our dreams sometimes, haven’t we?

Though no one but no one dares yet to insult me face to face by calling me a liar, I can pretty much guess what’s going on in their minds by the way their eyes roll. They can hardly hide their negative facial expressions, it speaks volumes.  Seems I’m not alone in experiencing this because one corporate woman (I’m not saying I’m corporate though) wrote somewhere something like this: I usually find myself sending the “I’m doing something serious” message when out with friends. There is a part of me that wants to send a “but I’m not at work now” message. I suspect a change of shoes and bag would work.

People in my country said to me I don’t resemble a married woman or a mother, a sentiment my daughter very strongly shared. And I don’t dress up like a European resident either, etc. Well, how a wife and a mother supposed to look like? Do I have to wear all the pieces of jewelry I own to look like I am living in the land of milk and honey? No thank you! Simple is safer when traveling. I learned it the hard way.

Father of you-know-who admitted to me once that upon meeting me for the first time he didn’t expect that I have some ‘substance’ which goes in my book as an insult. Again, how a woman of fair intelligence should outfit herself? It’s the same with the interior design of my place. I heard few snide remarks that if someone comes into my house, nobody would suspect I’m an Asian for there is no single hint or clue about my ethnic origin. What the people want me to do? Buy all the souvenir items in the airport and decorate my dwelling with it? For Christ’s sakes!

Okay, I don’t own a single pump shoe and only one stiletto’s strappy sandals with sparkly crystals which do nothing to flatter my ankle. And I dress up according to my mood (one time I look like a gypsy, then gothic, other day boho-chic; could be casual military-inspired attire also or a flirty dress. I even wear boyfriend’s jeans and blazer anything I fancy) but I can also dress for the occasion if I really have to. And mind you I look good in it too.

But most of the times, I opt for what I feel comfortable with, and that’s it. Which remind me of the time I posted my pictures online for the first time, I got quite a number of emails saying they didn’t expect I look the way I do (whatever that means) for I refused to show my face for years. There were even comments in my blogs before that they will gladly trade their looks for my brain (and I thought: but would I?) I can only assume that if someone shows some intelligence, people will automatically conclude that one isn’t a pretty sight to look at.

Why is that? Are there some written criteria how a certain individual supposed to present themselves in order to be respected and be taken seriously? I don’t think so.

What I’m talking about is judging the book by its cover. Though a lot of people would not admit they do it, in reality, most of us do, me included. I will not go into details about my prejudices because it is a very delicate matter for my reservation has nothing to do with how the people look like but rather who they are. More I cannot say.

Probably, we cannot help it. Perhaps it’s a natural thing to have a first impression based on looks alone since we cannot know the character and thoughts of people by a mere glance upon their countenance. Maybe it’s our inborn instinct for survival kicking in when perceiving strangers for the very first time because we have to make up our minds if it’s a flight or fight situation in a matter of seconds. No matter what the reasons are, judging the book by its cover, we all do and have done at least couple of times in our lives. And that my friends is a global habit we can do nothing about… 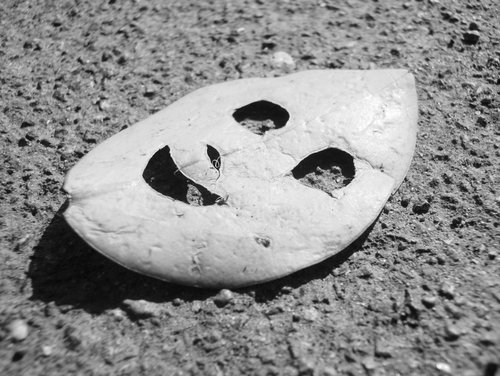