I love this poem by Sylvia Plath. It speaks to me. It tells my inner feelings, of the things I can’t put into words…

I am silver and exact. I have no preconceptions.
Whatever I see I swallow immediately
Just as it is, unmisted by love or dislike.
I am not cruel, only truthful ‚
The eye of a little god, four-cornered.
Most of the time I meditate on the opposite wall.
It is pink, with speckles. I have looked at it so long
I think it is part of my heart. But it flickers.
Faces and darkness separate us over and over.

Now I am a lake. A woman bends over me,
Searching my reaches for what she really is.
Then she turns to those liars, the candles or the moon.
I see her back, and reflect it faithfully.
She rewards me with tears and an agitation of hands.
I am important to her. She comes and goes.
Each morning it is her face that replaces the darkness.
In me she has drowned a young girl, and in me an old woman
Rises toward her day after day, like a terrible fish… 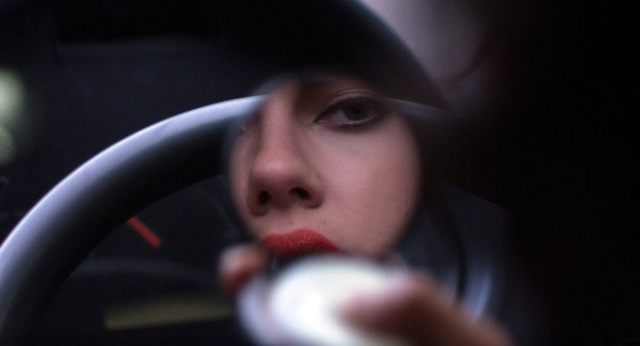 Sometimes (?) if I see young women (early-late 20s) with their firm breasts and even firmer butts which (almost) probably untouched (yet) by cellulites and guaranteed stretch marks free, not to mention their flat stomachs and bellies and even tighter p***ies,  all of a sudden I think of D.

I wonder if it doesn’t cross his brain (duh?) to caress those fresh, young bodies rather than my own corpus delicti (I know, I know but I have my reason to use the term, time is the assassin, the culprit, the guilty party etc.) which is getting more and more decayed with each passing year.

Sometimes, I (idiotically) ask him if these thoughts cross his mind once in a while and he would answer: “Of course not.” (What did I expect he would say???) With matching big eyes and a whole range of emotions which varies from shock to disbelief to (I suspect) pretend injury to his feelings and seems genuine enough annoyance. And I thought: how long he practiced these expressions? He must have, because every time I brought up the subject, the emotions become more and more convincing and complex. Or maybe it’s just me…

But I have my doubts. If I can conjure it up, he must be having the same thoughts.  It’s difficult to believe otherwise. Men are visual. Sights turn them on, especially a panoramic (I have to add 3D to the list of criteria to choose from, said Mr Smarty Pants) vista of lush greenery and perfect peaks.

In good days I sometimes think what the heck, I am what I am and I’m getting old. He said he knew this before he asked me to marry him. He realized I will get older sooner/faster than him, and it doesn’t matter he said because: he loves me. It could be true but it matters to me.

I see my body (and my face) changing each day. Literally altering shapes before my eyes and it does something with my ego and self-confidence. Some days more than the other. I know I could sport, diet, live healthy, preserve myself as well as I can, stand on my head; but time catches up on everybody. There is no exception.

It’s a bit comforting to know that those firm breasts/butts, flat stomachs/bellies and tight p***ies will soon have thoughts like mine. But for the meantime, they can parade shamelessly in full confidence and I can do nothing but feel envious and sometimes think of my glory days and hope/ pray that D. won’t wake up soon/ever, or at least pretend he doesn’t really see what I’m seeing, or seeing them in a different perspective at least…